The Church Of The Nativity In Bethlehem Israel 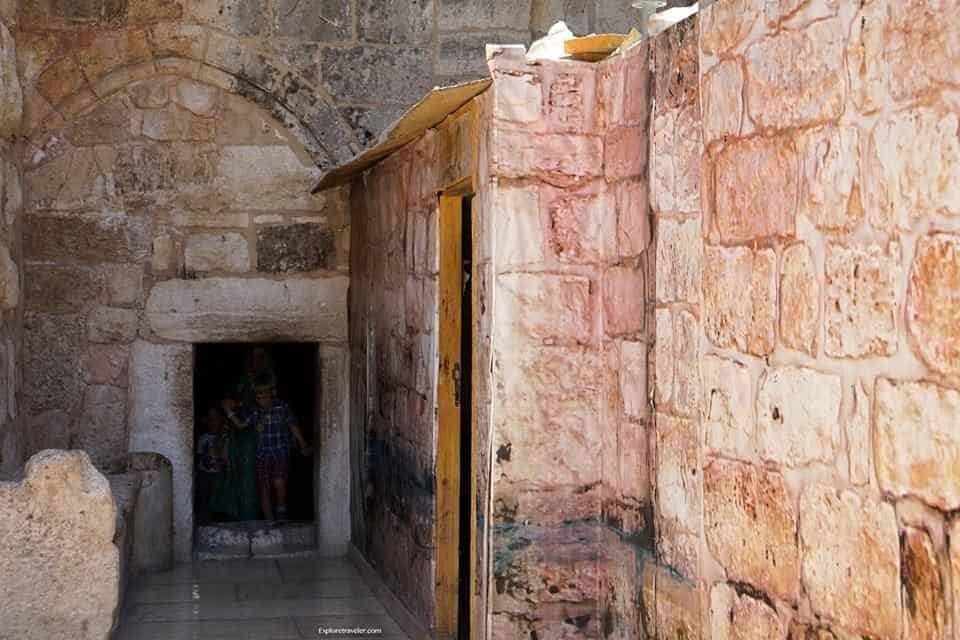 Door Of Humility Into The Church Of The Nativity In Bethlehem

The Door of Humility is the main entrance into the Church of the Nativity and is only a little over four feet in height. Other churches have large grand entrances, but this was kept small to prevent people from driving their horses or carts inside the church. Today, we must enter through this door bowing, leaving our pride outside the door.

The Church of the Nativity was allowed to go to ruin during the Ottoman periods, but was never totally destroyed all together. The Ottomans took most of the marble and today it can be found at the Temple Mount. There was also earthquakes and fires during the years. The fire of 1869 destroyed the furniture but the stone church survived. 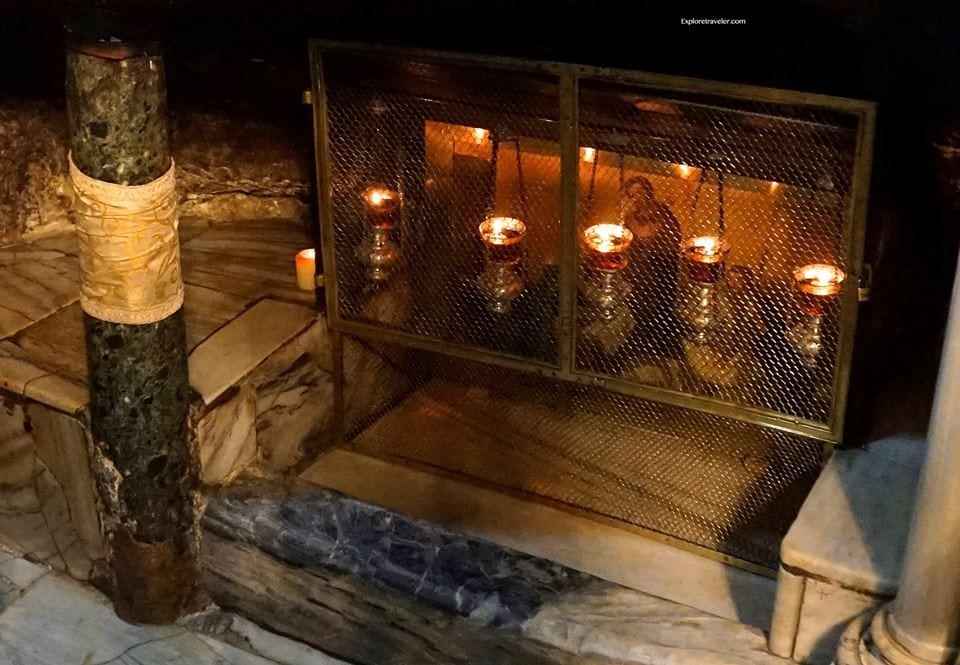 Grotto Of The Nativity In Bethlehem

The Holy Manger and traditional Grotto of the Nativity in Bethlehem.

18 Now the birth of Jesus Christ was on this wise: When as his mother Mary was espoused to Joseph, before they came together, she was found with child of the Holy Ghost.19 Then Joseph her husband, being a just man, and not willing to make her a public example, was minded to put her away privily.20 But while he thought on these things, behold, the angel of the Lordappeared unto him in a dream, saying, Joseph, thou son of David, fear not to take unto thee Mary thy wife: for that which is conceived in her is of the Holy Ghost.21 And she shall bring forth a son, and thou shalt call his name Jesus: for he shall save his people from their sins.22 Now all this was done, that it might be fulfilled which was spoken of the Lord by the prophet, saying,23 Behold, a virgin shall be with child, and shall bring forth a son, and they shall call his name Emmanuel, which being interpreted is, God with us.24 Then Joseph being raised from sleep did as the angel of the Lord had bidden him, and took unto him his wife:25 And knew her not till she had brought forth her firstborn son: and he called his name Jesus. 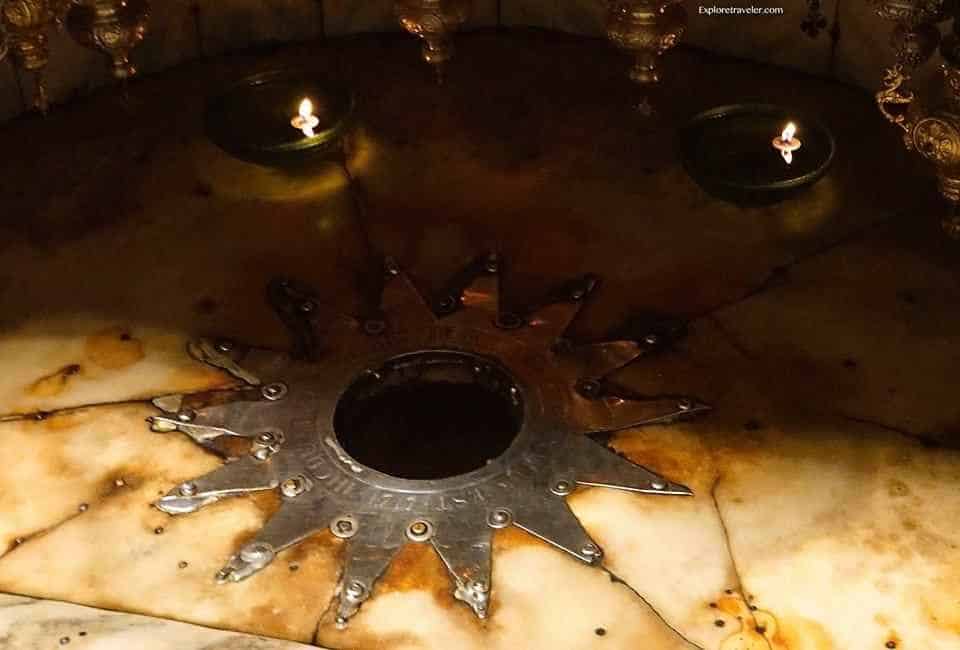 The Star Of Bethlehem

The Star of Bethlehem is in the Church of the Nativity and marks the traditional spot where Jesus was born. It is silver with the inscription that means “Here of the Virgin Mary, Jesus Christ was born.” The floor itself is marble and there are 15 lamps that are hanging above this spot. 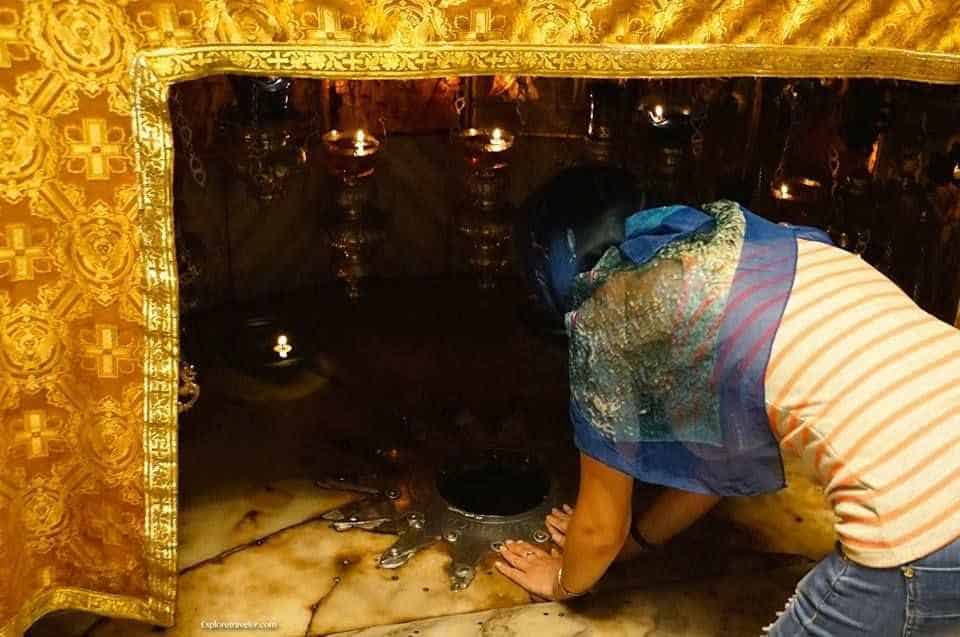 Church Of The Nativity In Bethlehem

Church of the Nativity in Bethlehem is considered the traditional birthplace of baby Jesus. The Grotto is a cave under the Church of the Nativity. It is reached by a set of stairs, near the altar, that goes down into the cavern area. This is the cave that has been revered as the actual place of the birth of Jesus since early in the second century. 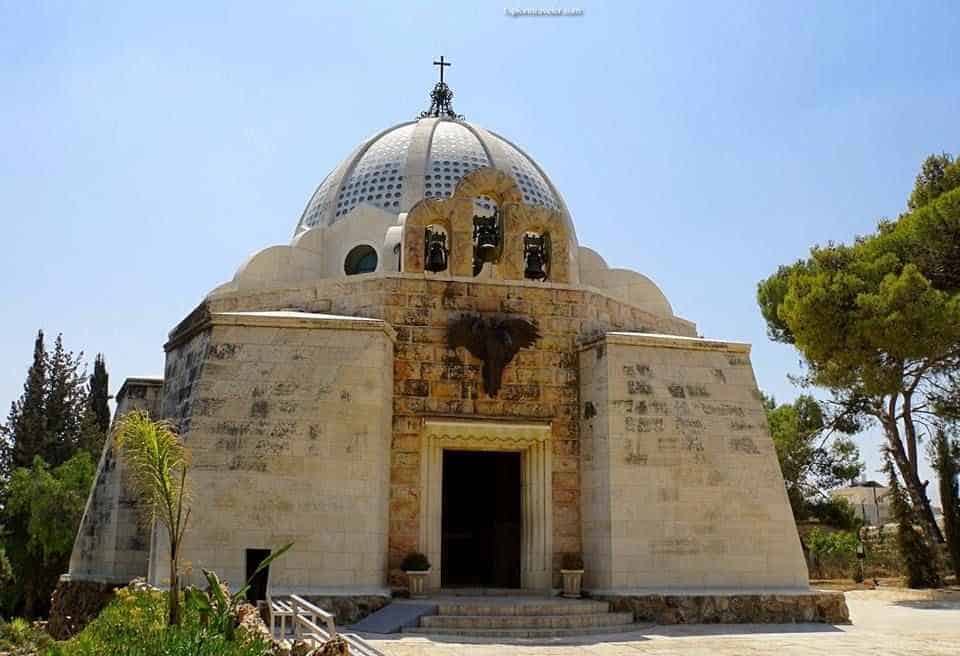 Chapel Of The Angels Near Bethlehem

Chapel of the Angels is the traditional place where an angel announced the birth of a Savior at shepherds Field near where shepherds were keeping their sheep near Bethlehem.

8 And there were in the same country shepherds abiding in the field, keeping watch over their flock by night.9 And, lo, the angel of the Lord came upon them, and the glory of the Lord shone round about them: and they were sore afraid.10 And the angel said unto them, Fear not: for, behold, I bring you good tidings of great joy, which shall be to all people.11 For unto you is born this day in the city of David a Saviour, which is Christ the Lord.12 And this shall be a sign unto you; Ye shall find the babe wrapped in swaddling clothes, lying in a manger.13 And suddenly there was with the angel a multitude of the heavenly host praising God, and saying,14 Glory to God in the highest, and on earth peace, good will toward men.15 And it came to pass, as the angels were gone away from them into heaven, the shepherds said one to another, Let us now go even unto Bethlehem, and see this thing which is come to pass, which the Lord hath made known unto us.16 And they came with haste, and found Mary, and Joseph, and the babe lying in a manger.17 And when they had seen it, they made known abroad the saying which was told them concerning this child.18 And all they that heard it wondered at those things which were told them by the shepherds.19 But Mary kept all these things, and pondered them in her heart.20 And the shepherds returned, glorifying and praising God for all the things that they had heard and seen, as it was told unto them. 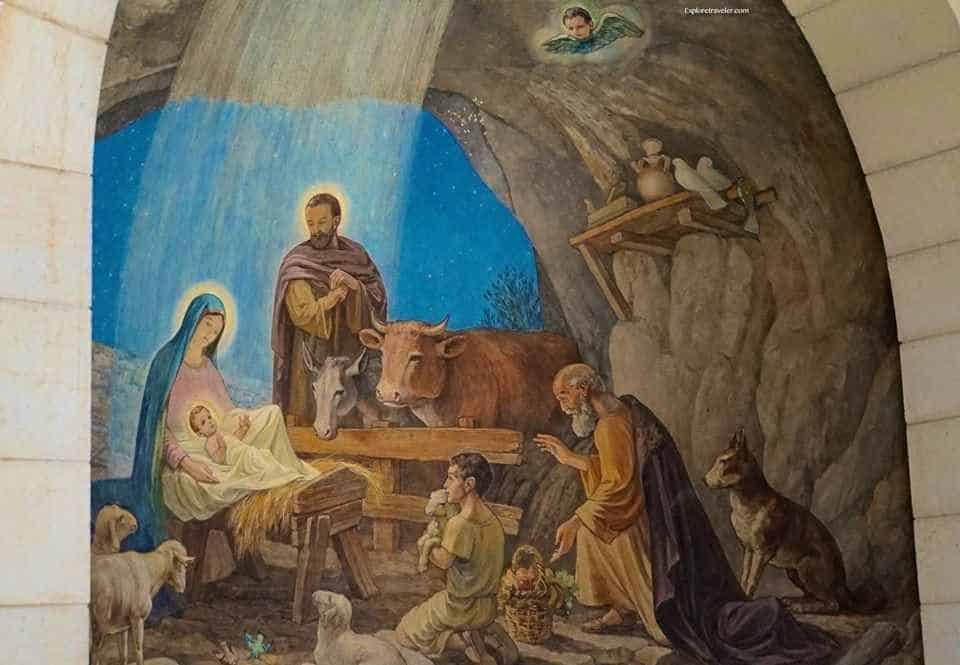 During this Christmas season we stop to remember the events that happened in Bethlehem so long ago. We remember the night that Jesus Christ was born to a Virgin and was laid in a manger. No matter what time of year you choose to visit this site in Bethlehem, you will find this church cloaked in reverence, for the one who came to save His people.

“Helping bring the world together one friend at a time. So travel

and discover that the world is full of wonderful people.” – ExploreTraveler