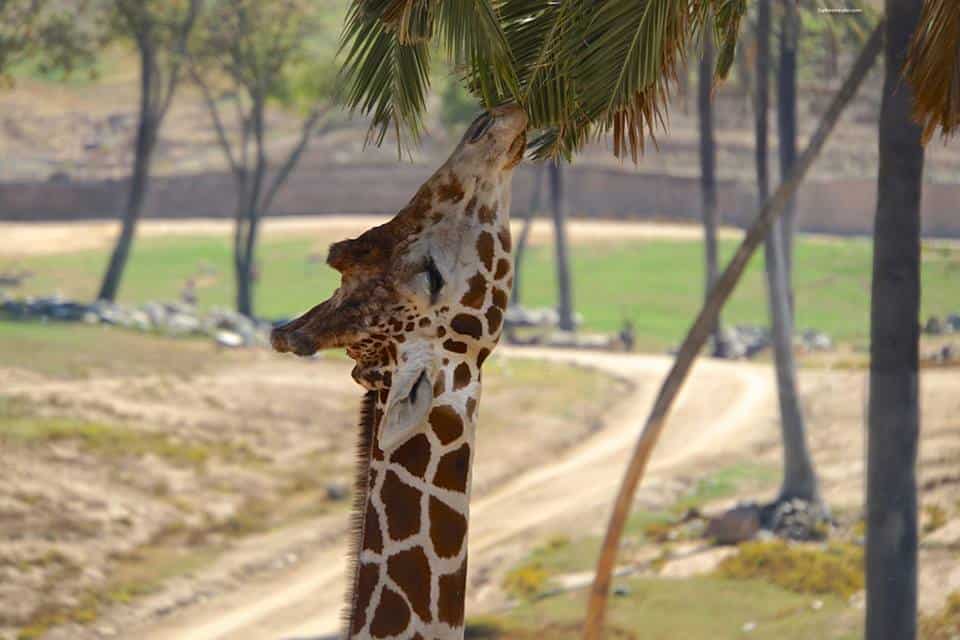 The San Diego Zoo and Safari Park is a world leader in conservation and assistance to animals, reptiles, and birds who find themselves on the endangered species list. Like this giraffe, their standards and expectations are high.  With high confidence, their success rate with the endangered species of the world has been phenomenal. Join us as we take a peak into the world of the giraffe, another one of the amazing animals at the San Diego Zoo Safari Park.

The giraffe is an amazing creature with legs that are around six feet long and an enormous neck that is also around six feet. Not only do they have very long necks, but their necks weigh around 600 pounds. Can you imagine carrying that around all day? The giraffe carries that and a whole lot more day after day. It can be said that they have a very large heart, as their heart weighs almost 25 pounds. Now that is a very big heart!

The San Diego Zoo currently has a nice size heard of Masai Giraffes that share the Urban Jungle Exhibit with a heard of Nubian Soemmering’s gazelles. This brings a lot of excitement to the area. The Masai Giraffe is not on the endangered species list, but their numbers in Africa are dwindaling. The Masai Giraffe can be identified by it’s large liver colored spots outlined with wide white lines. This is the giraffe that is seen in most zoos world wide and is the most common.

The Safari Park Exhibit has two herds of giraffes  the Uganda Giraffes with their large, brown blobs of color separated by beige lines that are a little thicker than other species. The other herd is the Reticulated Giraffe. While the Reticulated Giraffe is native to Somalia, it is now found only in northern Kenya. It has a beautiful dark coat with narrow white lines, that almost look like a spider web.

At the San Diego Safari Park, as well as the zoo, giraffes are fed in very high food trees. This prevents others from coming along and eating all their food. The giraffe is a very slow eater and it takes all day for them to fill their stomach. A healthy giraffe in the wild eats about 75 pounds of Acacia leaves and other things that may be around. At the Wildlife Park, they eat a variety of things including Acacia leaves, hay, carrots, and some special biscuits made just for them. These biscuits are very low in starch and high in fiber. If you are there at feeding time, you can buy biscuits to feed to individual giraffes. Can you imagine getting close enough to a giraffe to feed him or her? Life is an adventure at the San Diego Zoo and Safari Park.

So what are you waiting for? Isn’t it time you took a look around your own back yard? While it is quite an adventure to travel to other lands, America has some outstanding places to see and things to do. Why not make your next family adventure an America exploration?  Check out the San Diego Zoo and Safari Park. Spend a few days and explore all the many San Diego places of interest. San Diego has lots to see and do. Why not pack your bag and head on out to the zoo. The animals are waiting.

Published on steemit.com@exploretraveler Feb. 14, 2017 at: