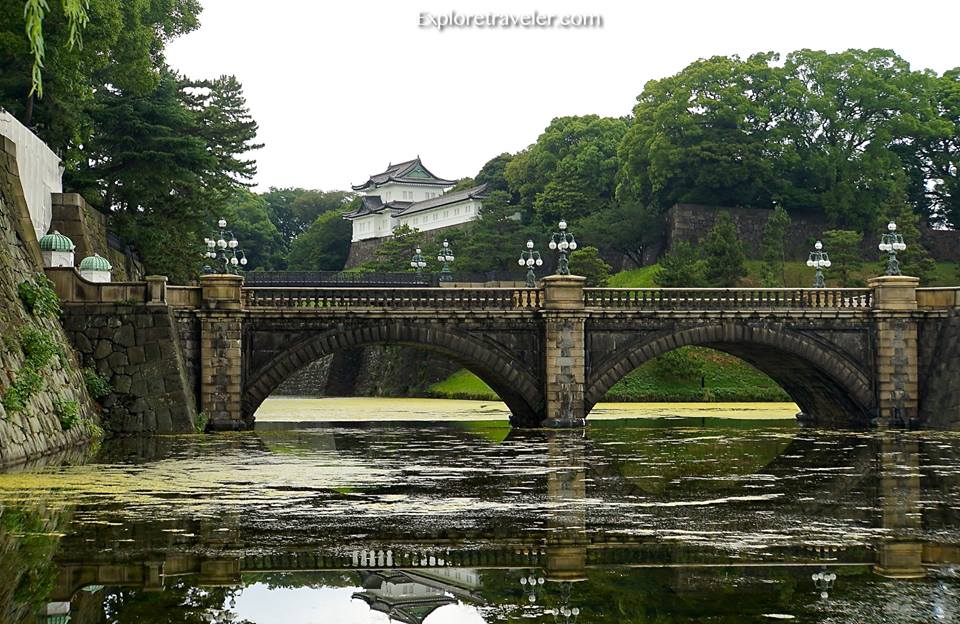 The Tokyo Imperial Palace is in the midst of a magnificent park in the city of  Tokyo. It is an oasis in the city! It is only a 5-10 minute walk from city center. With beautiful trees and flowers through out, it is a breath of fresh air for this metropolitan area. What a pleasant place to walk! Smell the freshness of the air! Relax in this peaceful park! Enjoy this urban sanctuary.  You are welcome to visit the area surrounding  the palace itself with an advance reservation. Reservations may be made online at:  http://sankan.kunaicho.go.jp/order/index_EN.html.

Museum of the Imperial Collections

Directions and Hours of operation as given on the Website:

Address: East Gardens of the Imperial Palace, 1-1 Chiyoda, Chiyoda-Ku, Tokyo
Phone: 03-3213-1111 ( East Gardens of the Imperial Palace)
Hours open to visitors: 09:00-5:15 (admission until 5:00). Closing time varies throughout the year according to the season.
Admission Fee: Free Admission
Closed: Mondays, Fridays, New Year (Dec 28 to Jan 3) and other special occasions and holidays. If Monday or Friday is a national holiday, the gardens are closed on the day following instead.
Directions: 5 minutes on foot from Otemachi Station on the Tokyo Metro Subway

The Outer Gardens of the palace is the largest public park in Tokyo. It is filled with beautiful green trees, flowering cherry trees, and other native flowers and bushes. It is the largest green space on a waterfront in Tokyo. With-in the park are remnants of the ancient Edo Castle. You will find pictures of Edo Castle in the museum. The park has many waterfront spaces.  It is frequented  by the local business men and women daily. What a fantastic place to have lunch! What peace! What tranquility! The Outer Gardens are a breath of fresh air in the midst of one of the world’s largest cities. It is a place of harmony and serenity in the midst of urban chaos.

Information on the Outer Garden: