Unlocking the oasis at Meiji-Jingu Shrine 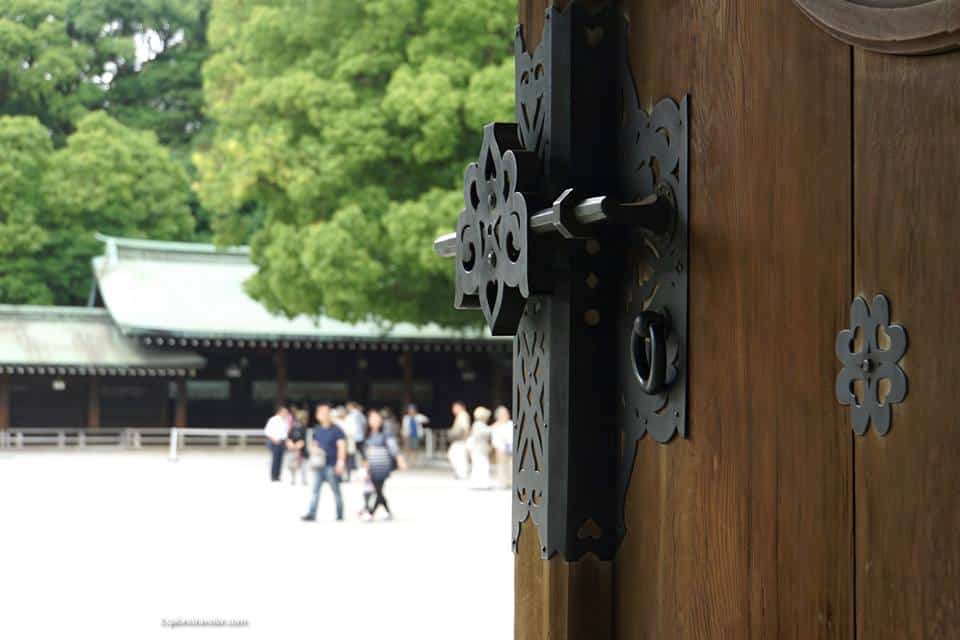 Emperor Meiji was the first of the modern emperors. During the years he sat on the throne, Japan modernized and became very westernized. Under his leadership, Japan joined the world’s major powers. Indeed, she had become a modern nation in a modern world. The shrine was completed in 1920, just eight years after the death of the Emperor. During World War II the Meiji-Jingu Shrine was completely destroyed. It was very quickly re-built after the war.

The main buildings of the Shrine are located about mid-way between the Northern entrance and the Southern entrance. It is a short 10-15 minute walk from either gate. The Northern entrance is located very close to the Yoyogi Transit Station. The Southern gate is conveniently close to the Harajuku Transit Station. Entrance into the shrine is through a beautiful and massive gate. Once you have entered Meiji-Jingu Shrine, the busy city is left behind. You will feel nothing but harmony. It is a place of tranquility. You have just entered a Shrine with over 100,000 trees. This is a very reverent and tranquil forest. This beautiful forest was planted during the construction of the Shrine and park. There are trees here from all over the world. These trees are almost 100 years old. There is nothing but contentment once you enter through the gate.

Once you arrive in the center of the Shrine you will see the Meiji-Jingu Treasure House. Here you will find many personal belongings to the Emperor and Empress. You will even see the carriage that faithfully carried them on all official business excursions. Next to the Treasure House you will find a museum which is home to many temporary exhibits. By rotating the exhibits regularly, there is always fresh things to see and learn at the museum.

Many visitors to the shrine come to take part in many different Shinto activities. One of the activities that is offered is shop to buy charms and amulets. They can also make offerings in the main area. There is also a place for writing out their needs and desires for the future. These are called an ema.

When you come to the Shrine, you might want to check out the beautiful Iris garden. It is magnificent! The Iris garden is in full bloom during June. It is a very special place to many of the Shinto faithful. The main spiritual place in the garden is the area around the well. There is a small admission charge to the garden.

When in Tokyo, be sure to ditch the crowds. Spend some peaceful moments at the Meiji-Jingu Shrine and Yoyogi Park. Think of it as an opportunity to discover peace in the center of the city.

Published by permission on steemit.com@exploretraveler at: