Walking through time at Beth Shean 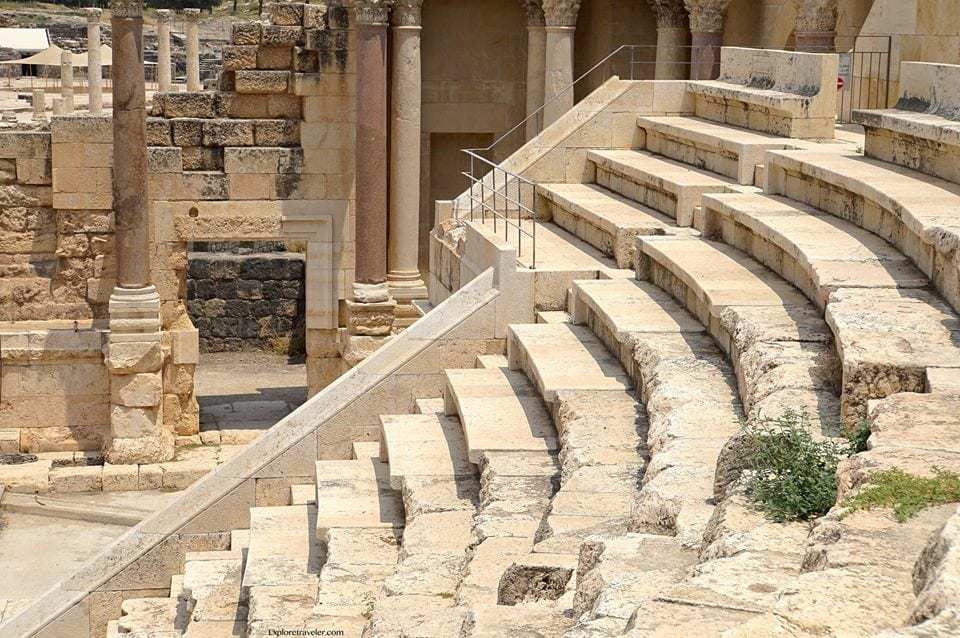 Walking through time at Beth Shean

Beth Shean was the historic location where the Philistine army defeated the Israel army during the rule of King Saul. It was on the Mount of Gilboa that the Israelites were defeated. King Saul was slain and his body strung out together with the bodies of his son’s.  The bodies were hung out in disgrace on the walls of Beth Shean. Beth Shean, as a result of this defeat, became a Philistine city. The Philistines even displayed the head of King Saul in the Temple of Dragon. The Temple of Dragon was a major Philistine deity. The disgrace was enormous for Israel. As you are walking through time, take a moment and imagine how it must have been.

Tel Beth Shean is Israel’s largest Roman City. This ancient city sits on a hill that overlooks the modern town of Beth Shean. The ruins at the ancient town of Beth Shean are in good condition and you will find Beit Alfa, the site of an 5th century Synagogue. This synagogue is well-known known for its fantastic mosaic floors. Relax on the stone seats and think about life in the 5th Century. Wander through the Synagogue and piece together the message of the stone mosaic floors. Relax, as you are walking through time at Beth Shean.

The many strategic advantages of Tel Beth Shean made it extremely easy to defend. This amazing valley has always been well supplied with abundant spring water.  The land throughout the valley is fertile and almost anything grows. Beth-Shean has alway been an attractive city for settlement from earliest times, and even into modern times. The abundant richness of the fertile soil make it easy to grow such desired fruit as dates, figs, pomegranates, and lemons. There is not much that will not grow in this beautiful valley. While walking through time, think about what life would have been like in this strategically placed city of old.

Are you ready for a Roman and Greek adventure? Throughout Israel you will find magnificent ruins of civilizations that have passed. They are remarkably well preserved and taken care of. Make this the year that you discover this civilizations of old. While walking through time, think about those who walked those same streets years before. Make this the year for discovering of what was and is, in Israel.