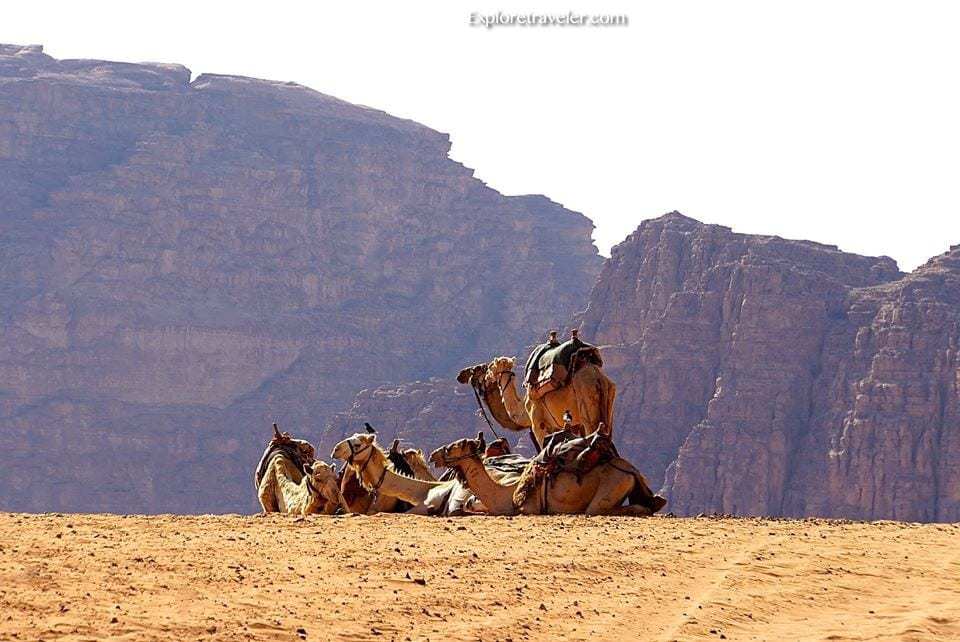 Bedouins, or Bedu, as they are known in Arabic, are the desert dwellers of the Southern part of Jordan. They are one of Jordan’s best known groups. These desert dwellers have learned how to survive in one of the harshest deserts of the world. While no one is sure exactly what the Bedouins number, they are most likely the largest group in Jordan. Most all of the population has their origins in the Bedouins of the desert.

The majority of Jordan’s Bedouins live in the vast harsh deserts that are East of the Desert Highway and in the Southern part of the country closer to  Saudi Arabia. The Bedouins call some of the remote deserts of Southern Jordan their home. Wadi Rum Desert, with its deep red sand is home to many of the Bedouins.  Their communities can be easily identified by their black goat-hair tents. They live in clans, but each family has their own tent. The clan is the center of their society and they are known for their hospitality, hard work, and honesty. No traveler is ever turned away from a Bedouin clan.  They are often called the backbone of the Jordanian Kingdom.

The Jordanian government, in the past has re-settled some of the Bedouins. Many of them live in the modern city of Petra, where they are given housing, education, and health services. But by far the majority of the Bedouins have chosen to live in the ancient way. Their ancient lifestyle has served them for centuries. They know and understand the desert. Their ancient way of life keeps them safe. They see no reason to change now. The government recognizes the value of the Bedouins to the Kingdom. The government has chosen not to interfere if they choose to live outside of government services. Bedouin life in Wadi Rum and Petra are becoming more and more a part of the tourist industry. Many work as tour guides, furnishing donkey carts and camels for tourist transportation. They are several camps in the desert when you can spend the night. The Bedouins often invite their camping guests to visit their tents to enjoy a meal or tea under the open sky. Camping in the desert is unique.  What an adventure! Bedouin hospitality is outstanding! Your desert adventure will be amazing.

Many of the Bedouins who have chosen to live outside of the towns and services are the most active in the area of tourism. Almost all have a good working pick-up truck or jeep. One of the best desert tours is the two hour jeep tour into the Wadi Rum Desert. What an adventure in the desert! As is their custom, no desert trip is complete without tea. Life under their goat haired tents is an experience in survival. Another modern convenience that they seem to like are the large plastic water bottles. This convenience is great for hauling water. Other than a few conveniences mentioned above, life has not changed much in the harsh desert homes of the Bedouins of Jordan. The desert is still harsh! But one thing is for certain, the welcome mat is always out in the desert.  Come drop by for tea!  The tea pot is always on!