A Culinary Adventure In Istanbul Turkey 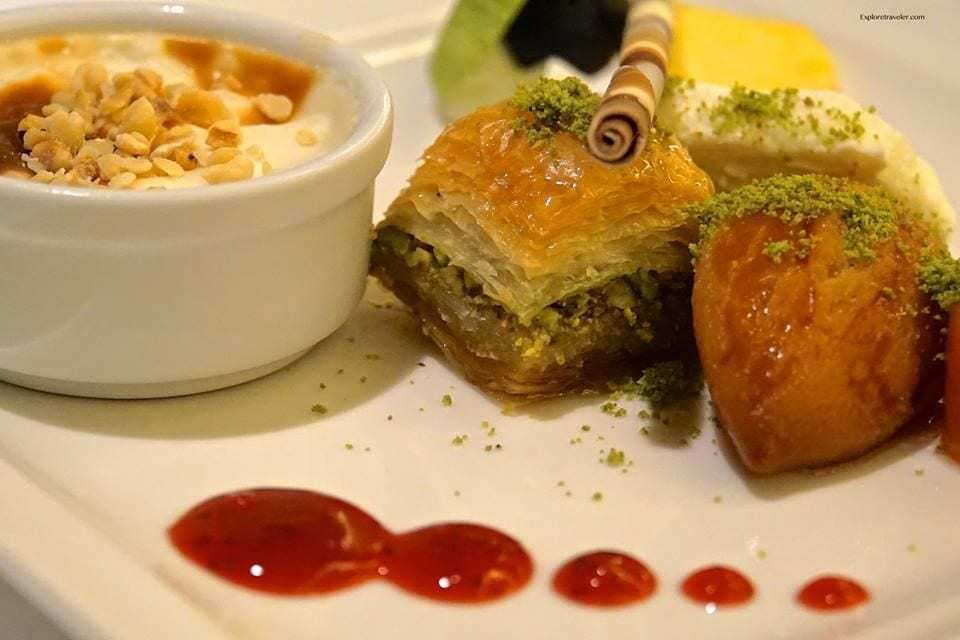 Does almost everyone know what Baklava consists of? But have you had it with a Turkish Touch? Throughout the Middle East; the Caucasus, which is a region at the border of Asia, Europe, the Black Sea,  and the Caspian Sea, and of course modern-day Turkey, comes a wide variety of Baklava. Traditional Baklava by nature is over sweet, made with walnuts and phyllo dough, and then it is soaked in honey.  When you are sure there is no version that is a favorite among the many recipes, you encounter Turkish Style Baklava. In Turkey, you will see that pistachios are usually used instead of traditional walnuts. There are also several other small changes made from the other recipes. The end result is amazing.  This is the king of the Baklavas.

Then there is the discovery of Keşkül, and almond pudding made with milk, coconut, and pistachios. It is usually served in a special bowl with a spoon. Sprinkled on top are coconut flakes and pistachio pieces. The name, itself, has an interesting story behind it.  In the time of the Ottoman Empire, this was the name of a special bowl that lodges used for begging money so that the lodge could make this special pudding. The pudding was then served in these same bowls and given to the poor.  This special dessert is served in these same bowls even today.

Our next major desert is  Şekerpare . It is by far the favorite among the Turkish people and is so easy to make. In a nutshell, it is an almond pastry that is dipped in a very thick lemon-flavored syrup. This is simple and delicious.

There is coffee and then there is Turkish coffee. The difference is in how it is made. 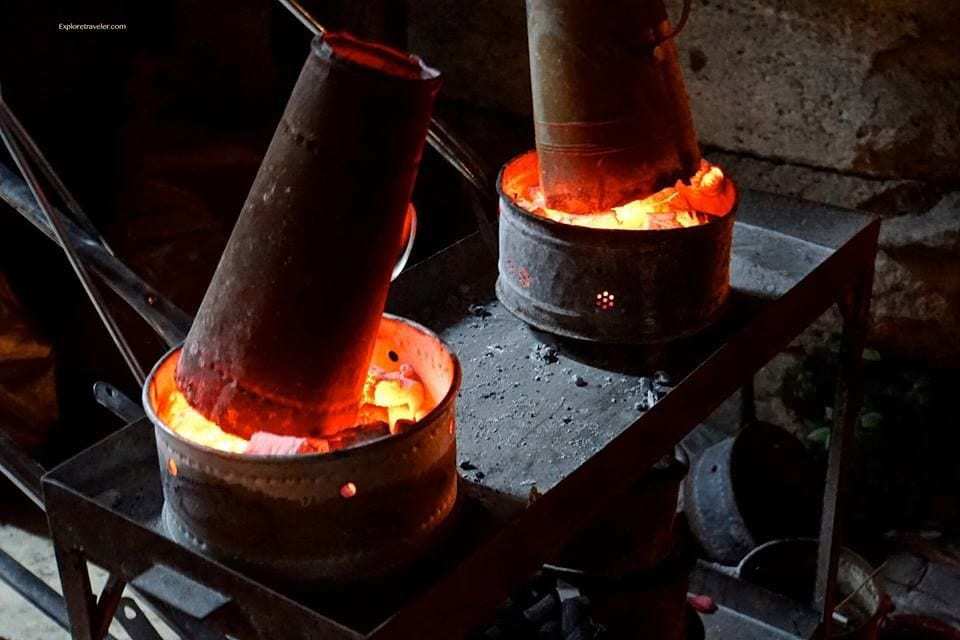 It is made by taking ground unfiltered fresh Turkish coffee beans and boiling them over the lowest heat till they froth. It is then served and the remainder goes back on the cooking area till it froths a second time and then another serving is made.

Now, this is coffee! 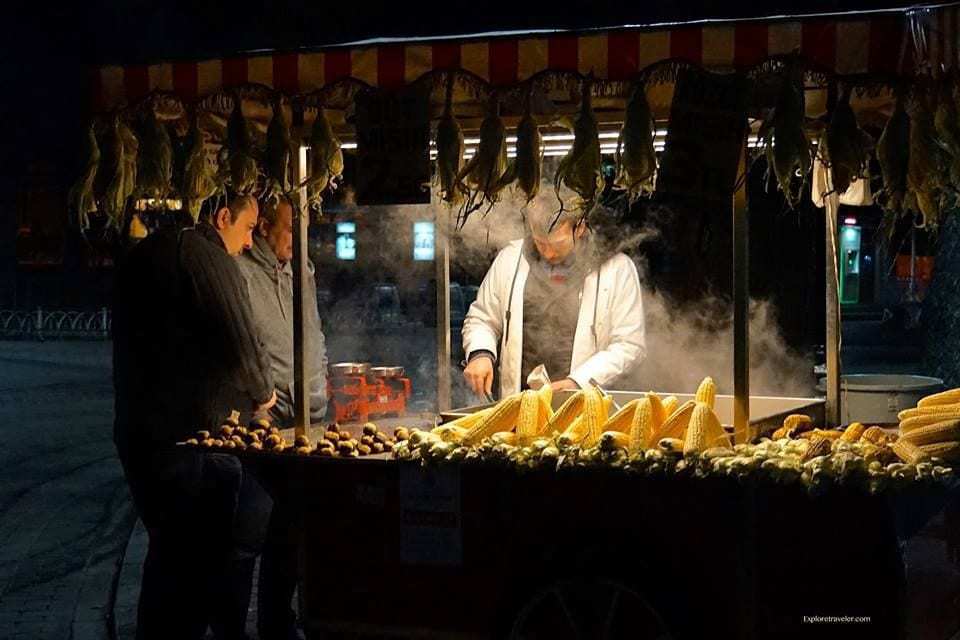 Taking your time to wander the side streets of Istanbul, Turkey as well as the major will render many such vendors as the one in the photo. It is easy to grab a bite of lunch as you check out monuments, museums, and other places of interest. In Turkey, like all of the Middle East, there is little reason for going hungry. 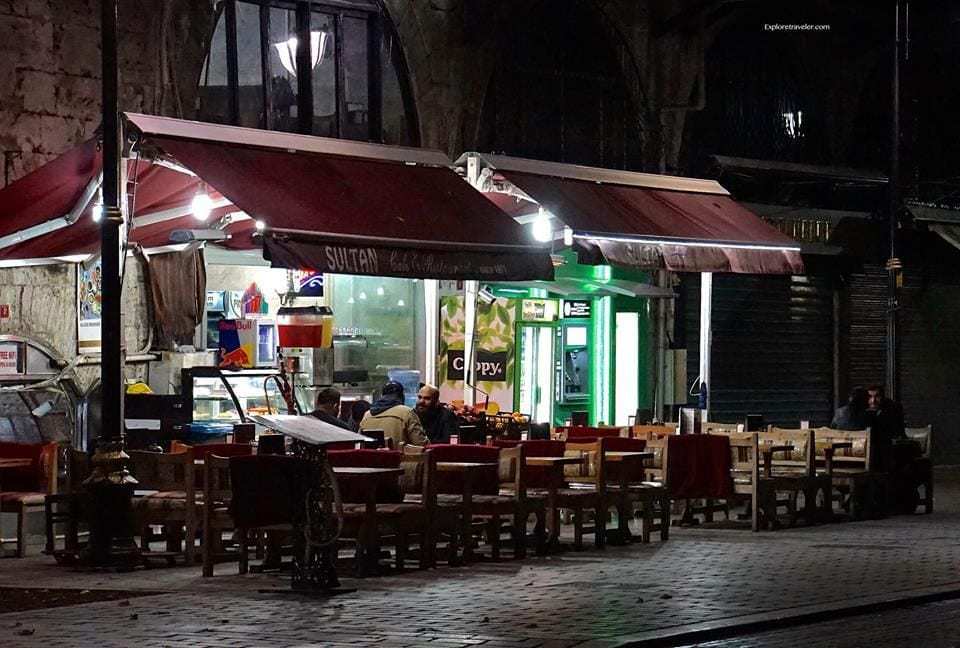 Relaxing With Food And Friends

How do you end that perfect day? You have met new friends and you just want a bite before returning to your hotel, as dinner will be later.  Why not visit one of the small eateries and have a snack with Turkish coffee.  Good conversation and coffee, seem to just go together.

On your next adventure to Turkey, we hope you are inspired to explore the world of good eats, Turkish style.

“Helping bring the world together one friend at a time. So travel

and discover that the world is full of wonderful people.” – ExploreTraveler