Out Of Siq Al-Barid And Into Al-Beidha 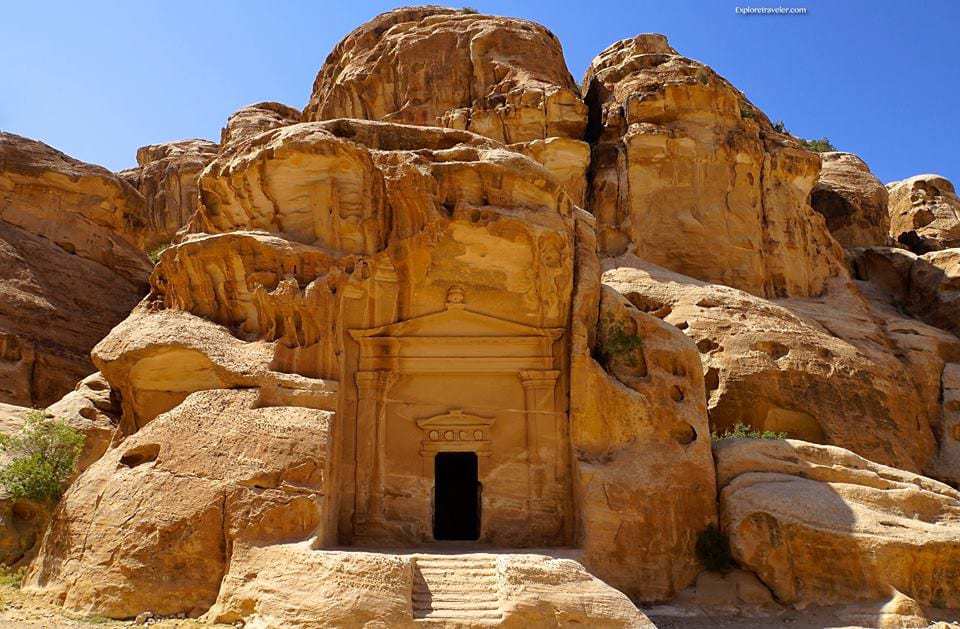 Out Of Siq Al-Barid And Into Al-Beidha

Leaving Siq Al-Barid, the cold canyon, where the sun never penetrates;we come out into the open at Al-Beidha. Al- Beidha is one of the oldest villages in the Middle East. We have moved past the temporary quarters for the traders who were traveling the Silk Road. We are past  the suburb of Petra where the caravans were loaded up with new supplies. The area was beautiful and, the canyon was incredible. Now it is with anticipation that we come to the end of the Siq and arrive in Al-Barid.  Al-Barid together with the village of Jericho, are two of the oldest archaeological sites in the Middle East.

Al-Beidha or Little Petra, is just a few miles from Petra. It is securely hidden among the rocks in the mountain side. The only access is by traveling the Siq Al-Barid. Little Petra is one of the most outstanding sites in Jordan. As you enter Little Petra you will see many well-preserved monuments. These monuments are tombs of notable residents of this little village. Some tombs have doors and even shelves to hold the dead. As we entered inside there was a monument high on the mountain side. It was ornate and had many columns across the front. There was also a meeting area or dining room, complete with benches. Can you imagine all the meetings that must have taken place in that hall?

Another amazing place was a street where you passed many different dining halls. Many of the halls even had a large basin where you could wash up before dinner. This area has been affected by all the floods in the area and most of the seats are missing, but there are many clues  to help piece the story together. What would your day be like, if this had been your home?

Most likely there were many underground cisterns but there was only one that you could clearly see. The top side had began to break and you can see inside this monster of a water tank. Also scattered all through the village are little nooks in the side of the rock. These nooks are called beytel or places to house their many gods.

One of the rooms had a ceiling that was not all there. It was made of an ancient plaster and painted. It had been damaged in years past. Everything from the floods and bad weather to the small fires of the Bedouins have taken their toll on these rooms. After all, they have survived over 2,000 years of intense weather conditions.

Throughout Little Petra there are stairs leading to high places and platforms. There was even one that seemed to go to the very sky. How high can you climb? Can you climb to the top? Does it go to the heavens above? These are questions to think about, but for now, just climb and explore. Take time to walk where they walked. Set aside time to view the high places.  Little Petra or Al-Beidha is waiting to share the secrets of the past. This is a perfect time for a Jordan adventure.