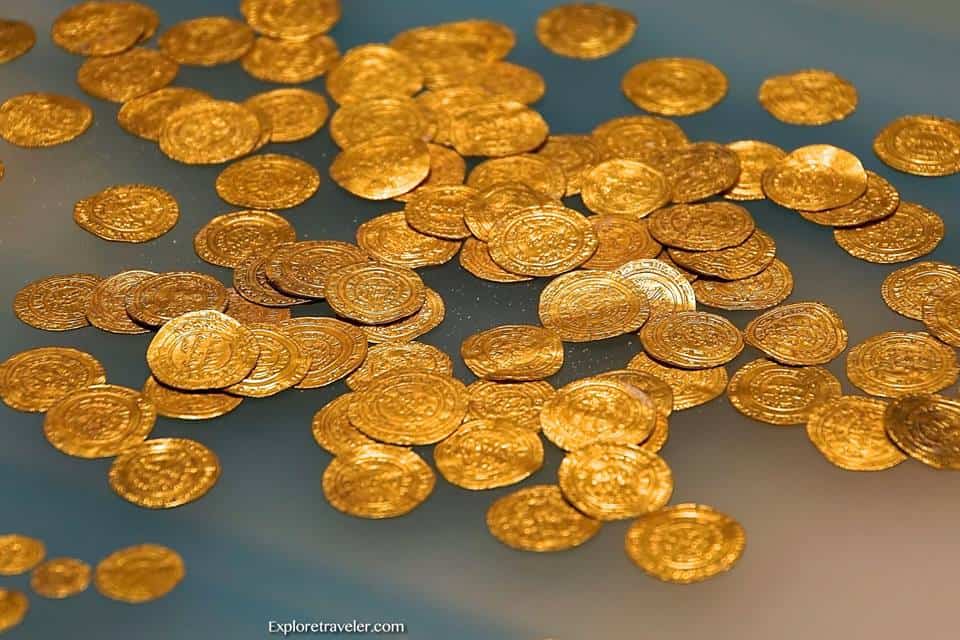 Treasure dating back to the time of Alexander The Great was recently discovered. Can you imagine going for a nice leisurely dive and discovering treasure? Over 2,000 coins were discovered at the bottom of the Roman Port of Caesarea. What diver does not dream of finding treasure? But treasure dating back 1,000 years to the time of the Romans? How amazing that is! Think about being one of the amateur scuba divers who stumbled upon these magnificent coins. Truly, the sea has given up a great treasure!

But do you need to go diving to find treasure? Just a month latter another fantastic discovery was made. This time a treasure of coins  2,300 years old  was discovered by the Israeli Caving Club. Can you imagine wiggling your way into a cave, only to discover the unbelievable? Members of the Caving Club wandered inside this  stalactite cave for several hours. What they found was beyond the limits of the mind. Who would not want to find coins and jewelry in a cave? But this was an extremely rare  and valuable cache of jewelry and silver coins that was discovered! These were minted during the reign of Alexander the Great! That is an amazing find!  The caves also are giving up their treasure!

Among the treasures found in this stalactite cave were two coins of Alexander of Macedon. On one side of the coins was an image of Alexander the Great himself. The other side portrayed the god, Zeus, with one raised arm. Zeus was sitting on his throne. Zeus was often refereed to as “the father of gods and men.” He was believed to be the god of lightening and thunder. Zeus was believed to be king of Mount Olympus, where all the many Greek gods lived. From there the Greeks believed he ruled the world.

Also discovered in this cave were three rings, four bracelets, and five earrings. Two of the earrings were ornately decorated and 3 were plain. They also found a small stone weight and a clay oil lamp. Perhaps the weight held important papers on a rulers desk? The little lamp may have given him light as he wrote! Oh, what possibilities abound!

Most likely this little stash was hidden in hope that better days would be ahead. We now know, that the owner never came back to collect his treasure. There was great unrest in the land after the death of Alexander The Great in 323 BC. Many fled and many died trying to flee. Until recently, their treasure remained safe in the cave. What other stories might the cave hold? What other treasure could be buried there. Earthquakes are common in the area, and the earth is constantly shifting. What might the next great shift uncover? Indeed, there is treasure in the land!