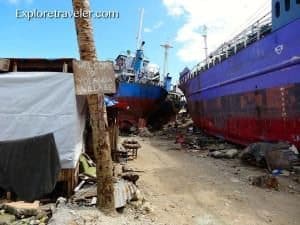 Current computer models show Typhoon Hagupit making landfall Saturday evening local time just to the north of metropolitan Tacloban. Tacloban was devastated by Super Typhoon Haiyon in November 2013. Tacloban City and its surrounding communities are still in recovery mode from last years super typhoon. There are still thousands of vulnerable people living in tent communities in the greater Tacloban area. The Philippines are preparing for a major life-threatening event.

The typhoon is expected to approach the eastern shores of the Central Philippines on Saturday local time. It is projected to be a Category 3 equivalent tropical cyclone, but good easily still be a category 4 storm. In the area where Typhoon Hagupit comes onshore, dangerous storm surges are predicted. High winds and flooding is still a major concern. The islands of Samar and Leyte are at risk of storm surge of up to 12 feet. This is the average height of a one-story building. Cebu is also an area of concern.

Philippines Prepare For Typhoon Hagupit to crawl west-northwest across the country. As the storm progresses on land the danger transitions from one of wind and storm surge to one of heavy rain fall. The current computer models show it moving in the general direction of Metropolitan Manila. This process could take 48-72 hours to move from the Tacloban area to Metro Manila. For continued up dates check our website: