China and the United States 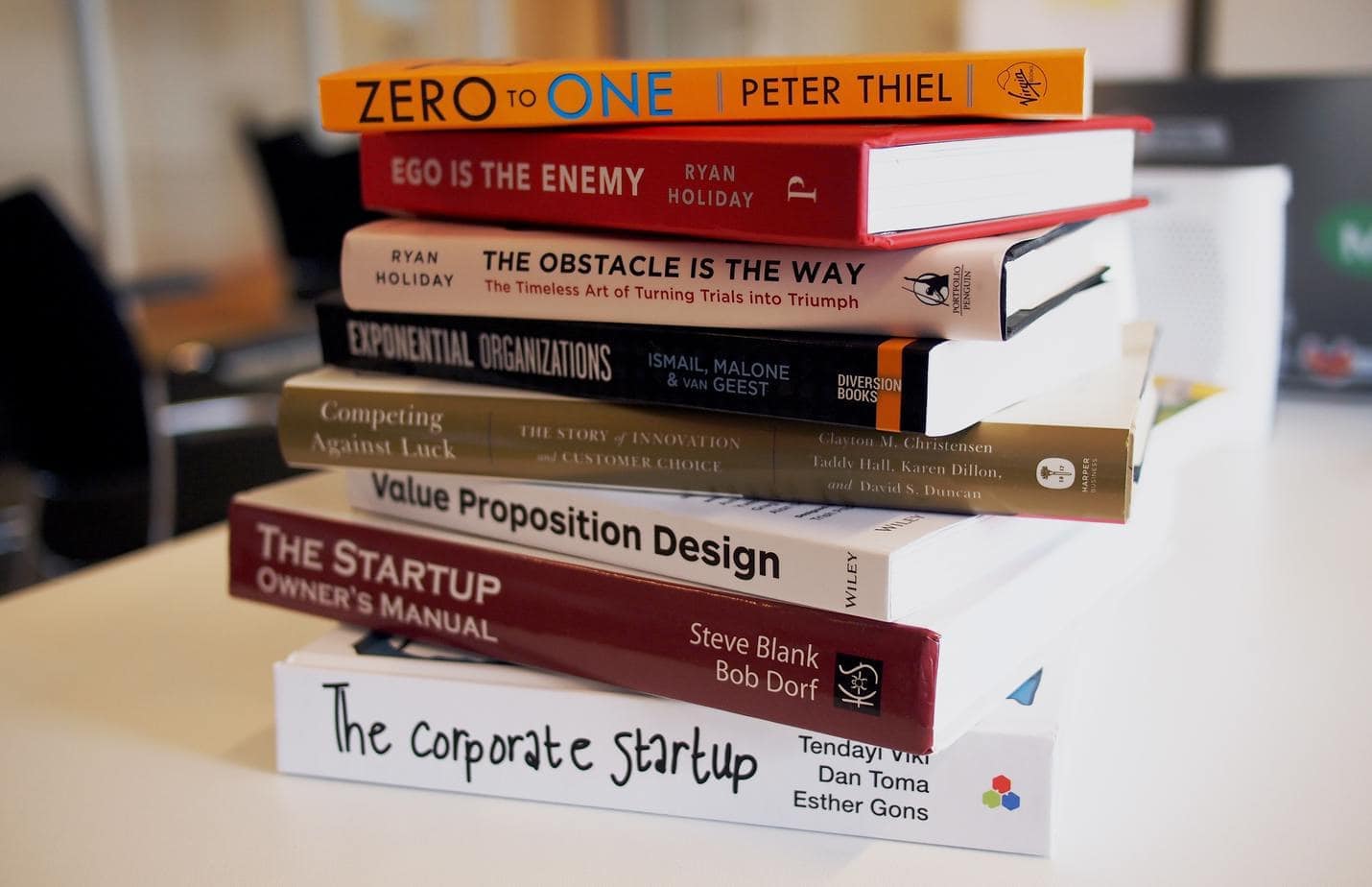 The US-China Education Comparison and China growing economically and investing all around the world; they will become a major leader alongside the  United States and the European Union. Current American attitudes with education and teamwork create a disadvantage in regards to China. China for better or worse will have a central planning authority and stable leadership since their constitution has been modified to keep the current leadership for the rest of his life. One must also think long and hard about China as a culture and how the Chinese family unit works as a whole with the goal of lifting each next generation to the next level of education and excellence. The family culture within the United States is being diminished at the same time the Chinese are solidifying the family unit for the purpose of moving these next generations forward. This concept can be hard for Americans who have bought into doing it alone attitude but we must understand why we are falling behind the world educationally so we can make an effort to improve. The United States must reform it’s secondary education system to include a structured college based system for juniors and senior high school students. (Segal, 2011) 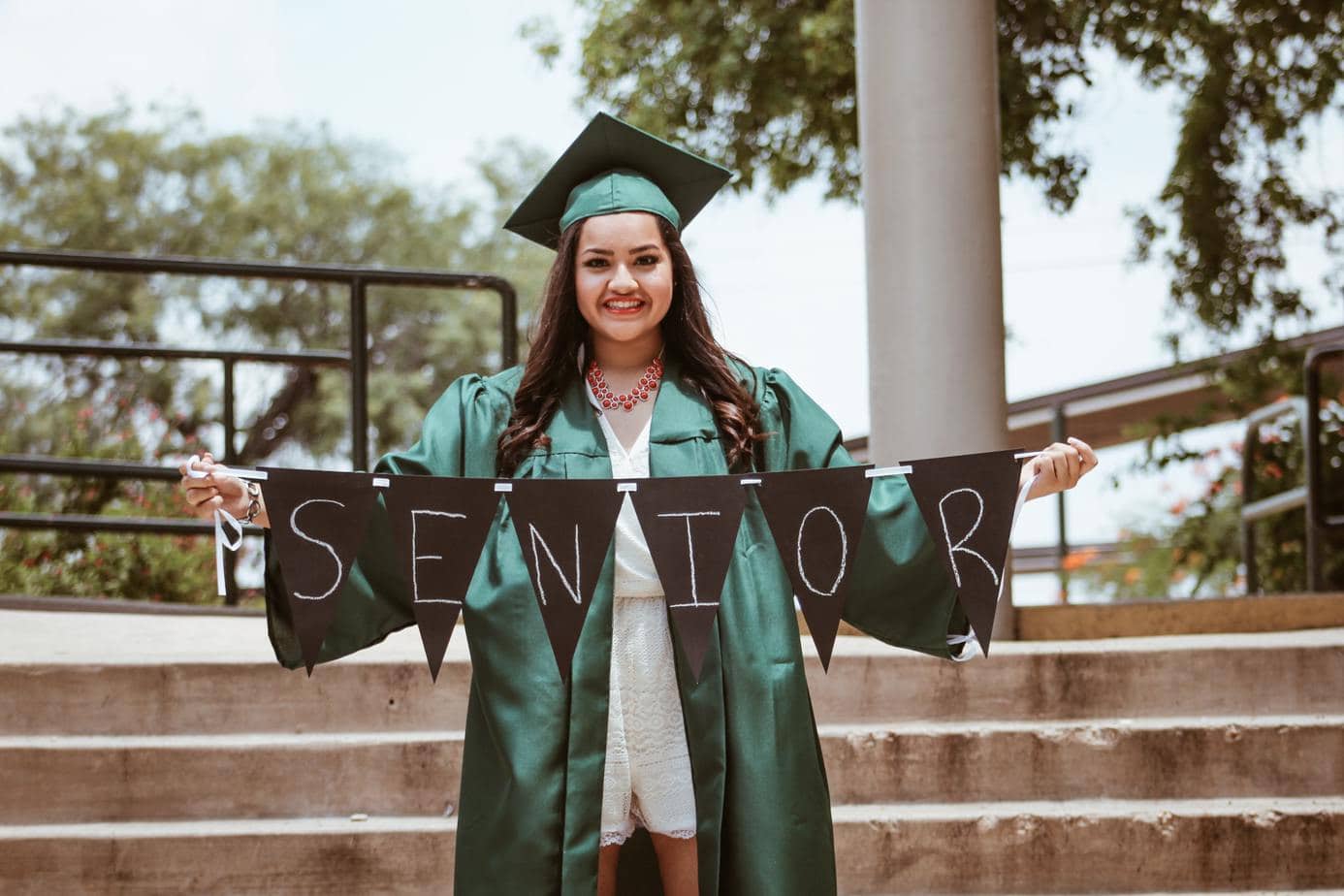 Social differences between the two countries can be difficult for the average person to understand but they can be understood and broken down. First, we have to focus on the long-standing history of the Chinese and how they view their own history. China has had wars and many changes in leadership over thousands of years but the Chinese people always moved forward. China has been invaded and sometimes controlled via foreign powers but the Chinese people have always endured. China has gone through world war one, world war two, and the communist revolution and the Chinese peoples kept moving forward. Through famines, droughts and forced one child policies the culture of the Chinese people is still intact and very strong. This is the only culture in the world to have continuity over such a long period of time. However, this constant stability of family, village and regional support has always expected the next generation to build upon the last and this does show up in their massive growth. But with this style of expectations thrust upon each new generation, there is a certain spirit of innovation that can be lost. Chinese children are not for the most part allowed to spend time outside of studies and their continued education. So they begin to miss certain hands-on skills in everyday life. This difference can give them a disadvantage with troubleshooting and critical thinking tasks. Also being efficient with the use of their time can take a backseat due to saving face and showing respect to leadership and elders. With Chinese parents highly focused on economic enhancement for their family and country, most students will bypass as much education in the humanities altogether. Now there are some recent exceptions with some parents starting to include music and classical music into early childhood due to research that some parents think can enhance a child’s ability to perform in the math and sciences. As Nussbaum explains in regards to India but also applies here in regards to China; a lack of humanities can leave education less fulfilling and leave out the ability to develop critical thinking skills. (Nussbaum, 2010) When looking into the US China Education Comparison along these line we can clearly conclude the differences. 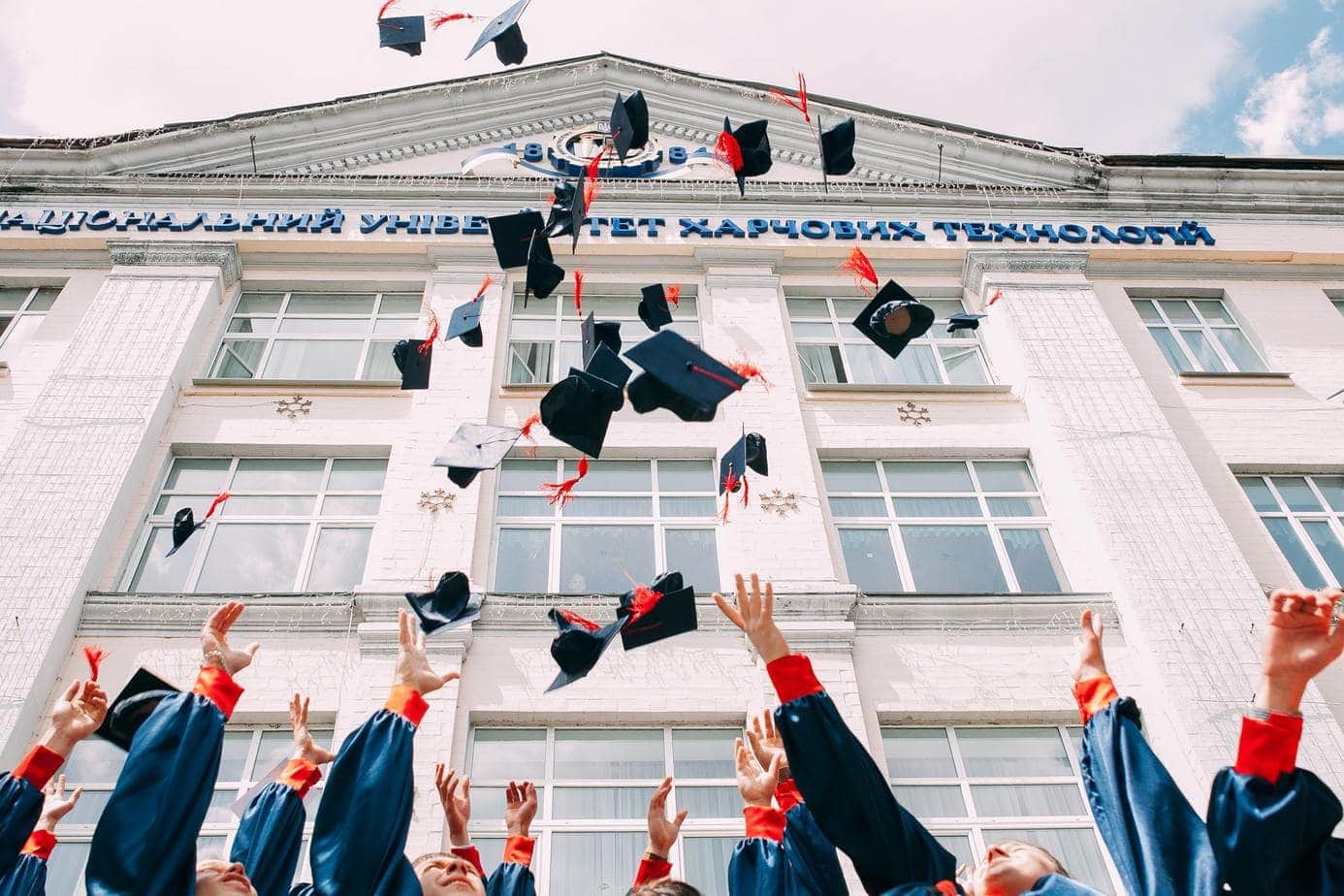 In the United States, we have strong university systems and encourage innovation, self-starters, imagination and critical thinking skills.  However, during that last few decades, these same universities now have grown more political and center around certain politically correct norms. Thus isolating or pushing out students who don’t fit into that universities current political mindset or pre-setup economic conditioned model. (Nussbaum, 2010) This loss of balance is hurting our innovation and also encouraging foreign scientists to consider going back home where their own political ideas may be more accepted. Innovation requires the inclusion of people from multiple walks of life and with social differences becoming a political firestorm on university campuses we have the risk of pushing talent out of the country. Graduate level degree-seeking students should be able to have more interdisciplinary approaches without being excluded or looked down upon within academia as not specialized enough. Areas of study that combine multiple disciplines will only help us stay more competitive when combined within teams of other specialized fields. Our social construct from family, school, community and social environment should allow for students to overachieve and not restrict them back into the box of average students. We as a society need to help students find their areas of interest and help them develop these interests into a field of expertise. I have seen first hand how the educational systems in China and the United States to work and we must embrace the best of both systems while emboldening and preparing students to leave high school with several years of college study already under their belts. 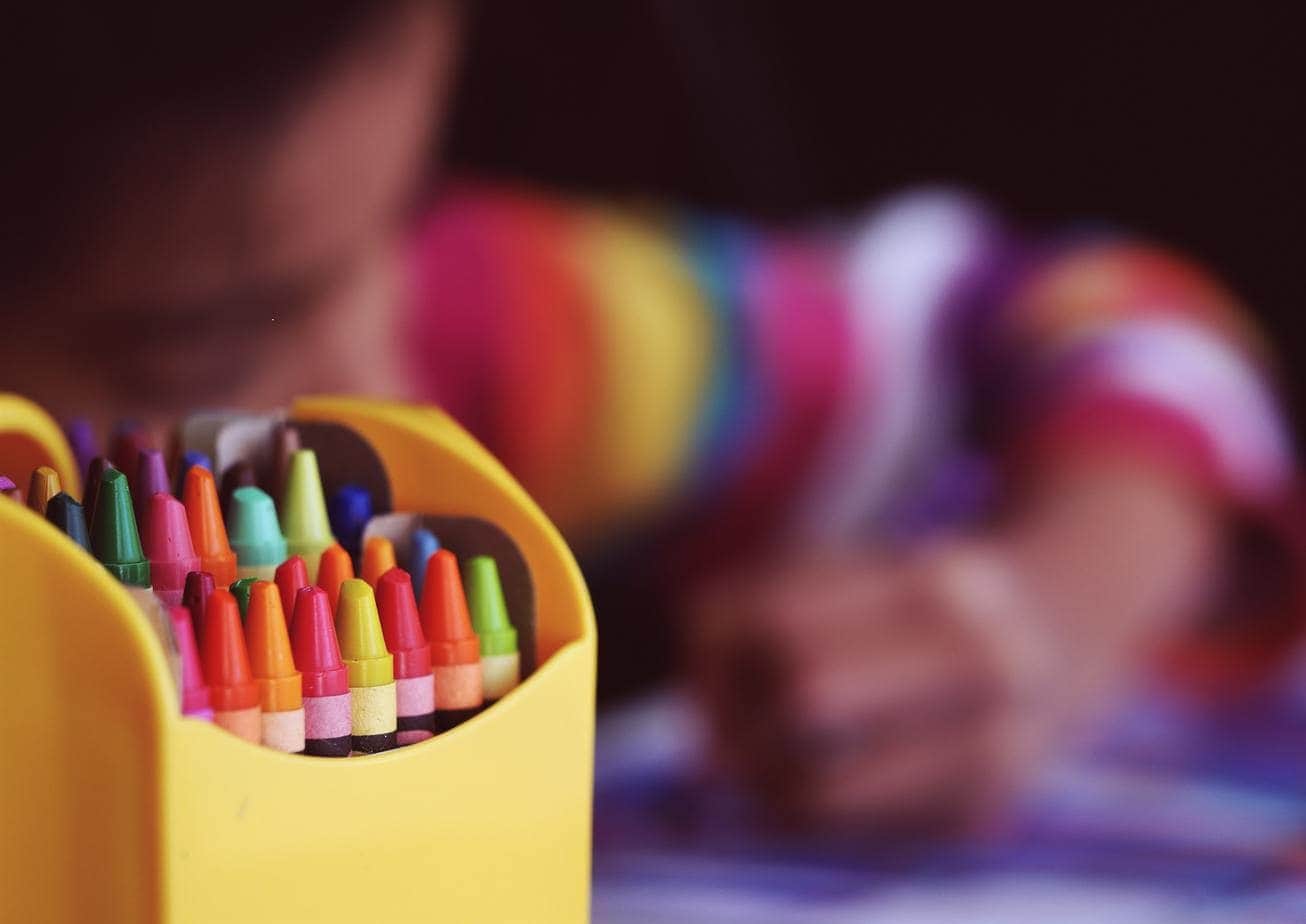 US / China Education Comparison of how students prepare.

China and Asian educational systems have an over-reliance on preparing students via cramming sessions that help prepare students for short term testing opportunities such as the SAT. These same students who did do well on test several years later may not have the memory recall as one might expect. Since within China it is expected to spend many long hours of memorizing the material with very little sleep. A normal day of school instruction may begin at 8 am and end at 3:30 PM with students then heading to school again starting at 4:00 PM and continue to midnight. Some high schools even focus on the use of cram school programs with the hopes of scoring the top score of the SAT and getting into ivy leading schools in the United States. This does generate book smart students who can memorize tremendous amounts of material but they have not been given the time to synthesize the material into long term memory. Without a required amount of sleep, these same students can find themselves at a disadvantage longer term over some students who excelled within the American system. Also later when these same students go to interview at jobs they may lack the skills necessary to articulate themselves within a normal interview process.

Within the American educational system, we have struggled to ascertain the right method of verifying student learning and holding the educational system accountable for results. Students who wish to graduate early or attend university during their high school years are not supported to the extent that they should be. These students will need strong family support in order to get through the red tape and pass the gatekeepers who may not feel incentivized to support this level of activity. So one must ask the question of “how many students from lower-income or single-parent families miss these opportunities?” Having intelligence is never enough since you need someone to recognize this and to help support you in using it to achieve excellence. It is my analysis that we as Americans miss these opportunities and only the students with strong family support pushing the school systems into action get the support needed to start University education early. The current struggle to stay on top via STEM educational systems is not enough and we must teach philosophy, history, art, and a wide array of social sciences at an early age using creative techniques that enhance overall education and understanding of each other into the later years. Technical managers cannot organize or create international teams with the ability to communicate on a level that comes from a background in a multi-discipline academic approach. 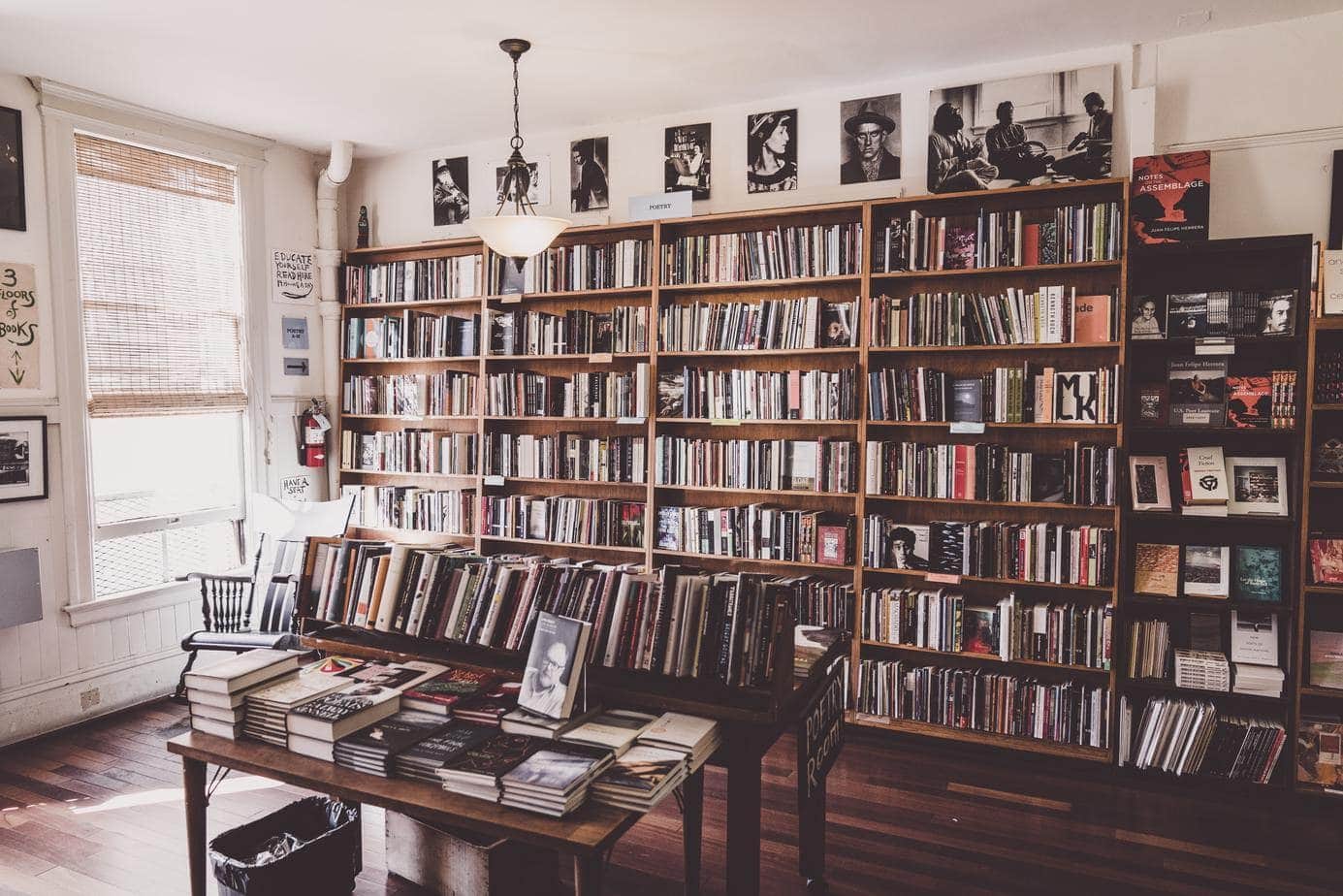 In conclusion, if the United States can reform its secondary education system to include a structured college-based system for juniors and senior high school students we will not only beat China on innovation but helps students from all walks of life excel. It is my opinion that without an increase in funding we can achieve this by fostering strong family, community, and state-level support. By encouraging teachers to openly recommend alternative subjects tests such as AP, DSST, and CLEP while asking local universities to teach some subject matter at the Freshman level directly inside the high school classroom. By embracing students who have the ability to graduate early from high school or to brings the professors, businessmen into the classroom giving young students early access to real-world use of skills, and how these people achieved success. How fully incorporating freshman-level college courses into junior/senior high school offering student dual credit on a normal basis and not as the rare exception. Helping administrators with support at the state and national level to be able to reach out to noneducators with skills already operating at successful levels or these same people who have retired and bring them into the classroom to show students real hands-on use of their education. The combination of humanities can also help keep out the ability to perform complex critical thinking skills at a level that only studying a specialized science cannot provide. (Nussbaum, 2010)  In today’s interconnected world we must understand different languages, cultures, and histories found in the humanities and combined them with the social sciences and hard sciences. For the United States to compete and to excel we must not throw out these other fields but embrace them into a mosaic collage of interdisciplinary thought. Our competitive edge has always been our ability to accept changes and to adapt to them. The ability to accept something new and to evolve new ideas and technologies to overcome a situation. The ability to take critical thinking from the past and to evolve old thought into new ideas that have taken us to space, the lunar surface, and a better understanding of our humanity. These skills cannot be learned by memorization alone and must be honed by a multi-disciplined approach. With exposure to a wide variety of experiences at the earliest of ages. Our families must be strong and not replaced by government systems but they should work as a solid ecosystem that helps to enhance each other. Family, education, and economics should not be treated separately but as a joint cohesive unit that makes up the social construct of who we are as Americans. Our founding fathers knew this and embraced science and the humanities collectively and together we can and will achieve even greater accomplishments in the years to come.

The US-China Education Comparison and the gathering of new data will help both countries in the future to better understand their different strengths moving forward in the years to come.

Adam Segal, “Why America’s innovation will beat out China’s” at: