The Ancient Ruins Of Jerash 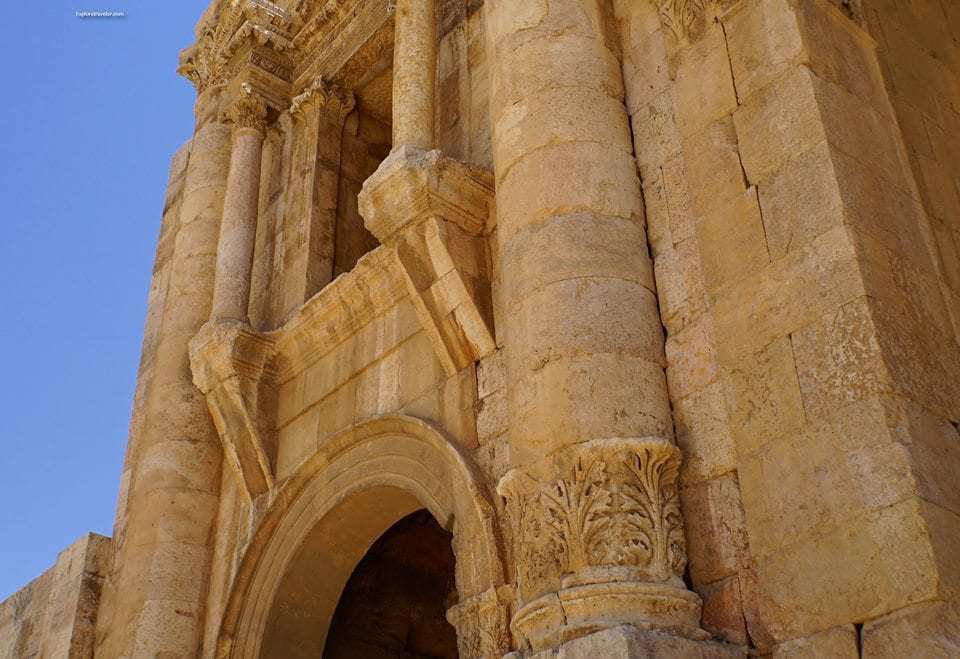 A Beautiful Ancient City From The Bronze Age

The ancient ruins of Jerash in the mountains of Gilead, Jordan shine forth as a jewel from the Bronze Age. The Roman city of Jerash covers an amazingly large area and is in extremely good condition. There are very few signs helping you to identify the different buildings, but there are well-trained and knowledgeable guides available to assist you. You can request a guide at the front entrance. The views are spectacular as you look out over this ancient city. What a large thriving city this must have been!

Until the 1800’s Jerash was completely a hidden city beneath the rubble of the earthquake that destroyed it in the year of 749. Throughout the years there has been many earthquakes in the region, as well as several local wars. The city lay buried and destroyed for hundreds of years. One of the many jewels of Jordan lay buried waiting to be discovered. 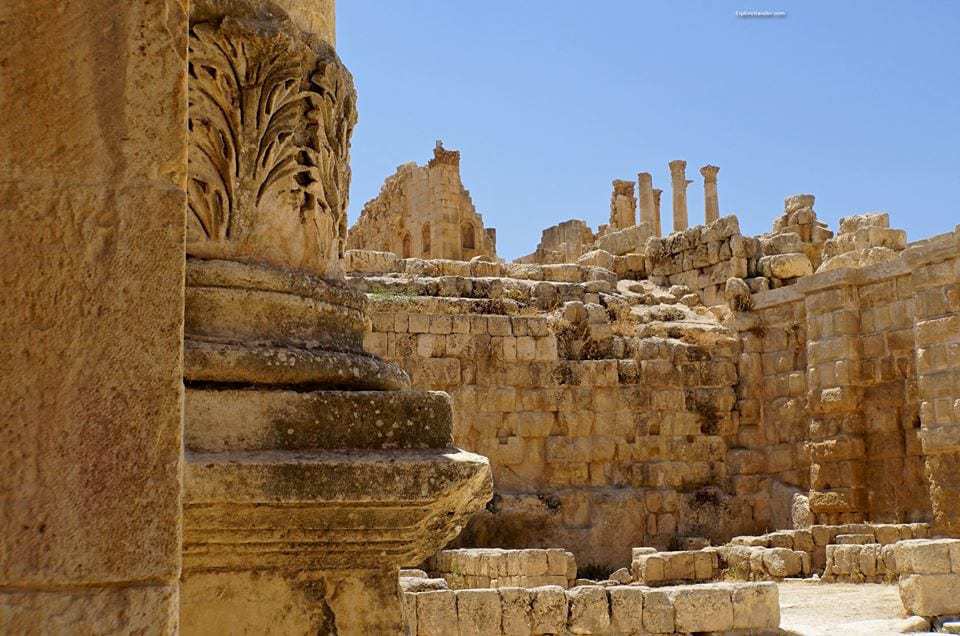 The Temple Of Zeus

Towering above the city are temples of the different Roman gods with a stone stairway ascending to the top of the city. The ancient remains of the Temple of Zeus were built in 162 AD. Above you can see all the intricate carvings of this ancient city that was carved deep into the rocks. This is an active archaeological dig and a lot of work is going on behind the scenes to restore the different buildings to their former glory. 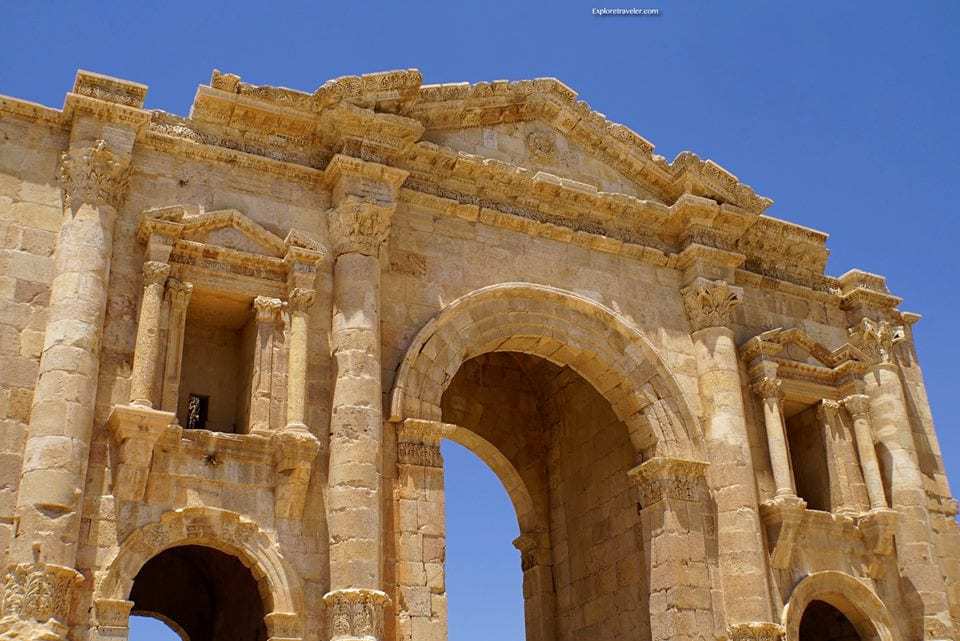 The Arch Of  Hadrian

Toward the far south side of Jerash is a wide and very spectacular arch. It is called Hadrian’s Arch in honor of the visit of Emperor Hadrian, who visited the city. The arch was originally known as the Triumphal Arch and was built in 129 AD. Entering through the arch is a magnificent hippodrome, where many chariot races were held for as many as 15,000 spectators who came to watch these races of skill and grander. 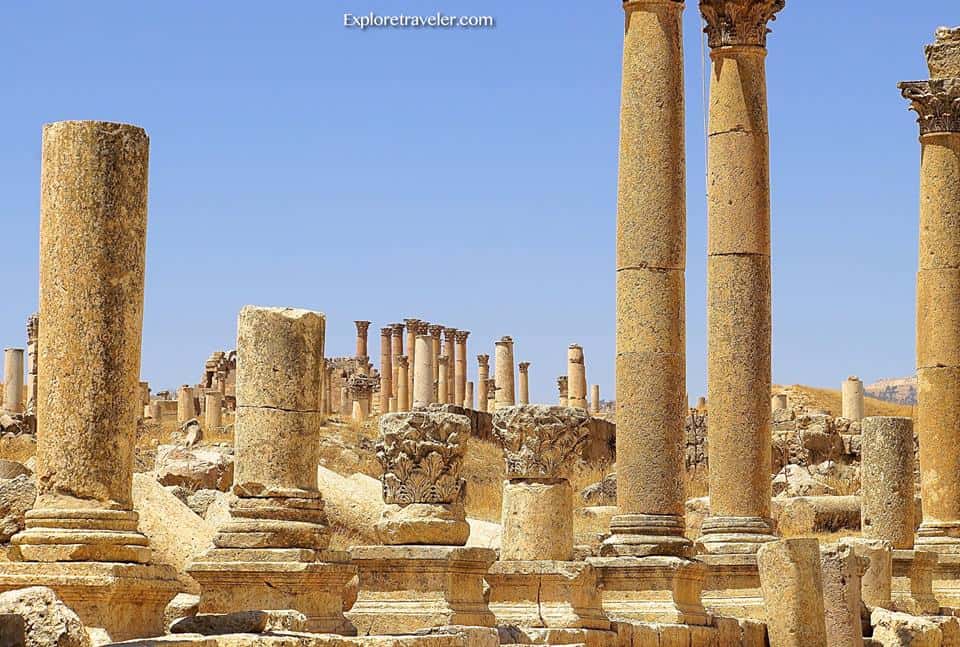 The City Streets Were Lined With Columns

You will see columned streets going through the city and even a restored theater. This city must have been one of the best-built cities in the Roman Empire. It is in extremely good condition considering its age and has been well preserved. Perhaps this is the most preserved Roman city within the old Roman Empire outside of Italy.

The city of Jerash is a must-see for any serious adventurer. There is a small museum on-site complete with many ancient artifacts that have been unearthed during the different digs at the site. This is an ongoing archaeological site where they are still discovering the many treasures buried beneath the ground.

The city of Jerash is a must-see for all those who love to explore the wonders of the ancient world. There is a small museum on-site complete with many ancient artifacts that have been unearthed during the different digs at the site. This is an ongoing archaeological site where they are still discovering the many treasures buried beneath the ground.

City of Ur Plan – Building Blocks of a Civilization